February 2009:  Chapter meeting was a wake for NTSC

The Society of Broadcast Engineers chapter 59 of Kansas City held its February meeting at the studios of KSHB-TV on Feb. 12. While these meetings are always a chance for attendees to network with other broadcast and media engineers and learn about technology, this meeting had a more relaxed theme. With the planned analog shutoff of Feb. 17 still in mind, SBE59 held a wake for analog TV.

Of course we now know that analog TV is not dead yet. While analog TV is now on life support – maybe for as long as five months – the chapter carried on with its planned event.

Meeting attendees were asked to bring their memories and memorabilia of the early days of TV. A viewing was established with two image orthicon tubes, several other small vacuum tubes, old video tape and an RCA ENG camera. The chapter also provided a rotating slide show of old TV photos and played a video of the KCPT-TV production Whizzo, Ol’ Gus and Me, which highlighted many of the old Kansas City television programs.

The special guest speaker for the night was Walt Bodine, whose broadcast career spans more than 50 years, most of it in Kansas City. He has worked as a staff announcer, program script writer, TV reporter, news anchor and new director at WDAF-TV and WDAF-AM. Bodine is currently the host of The Walt Bodine Show on KCUR-FM. 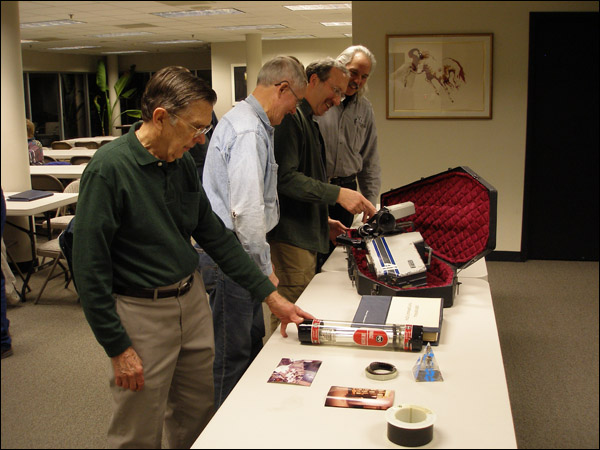 To remember the TV history, several members brought some analog TV relics for the viewing.

Before dinner was served, several attendees watched parts of the KCPT production of Whizzo, Ol’ Gus and Me. 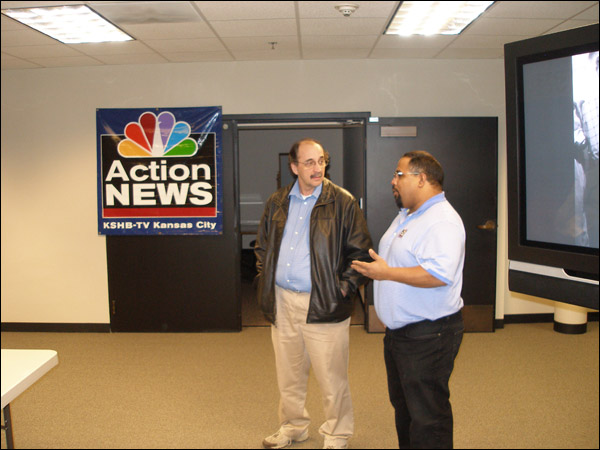 Our host for the evening was Chris Castro (right) of KSBH-TV. He is talking to Steve Epstein of Centurytel. 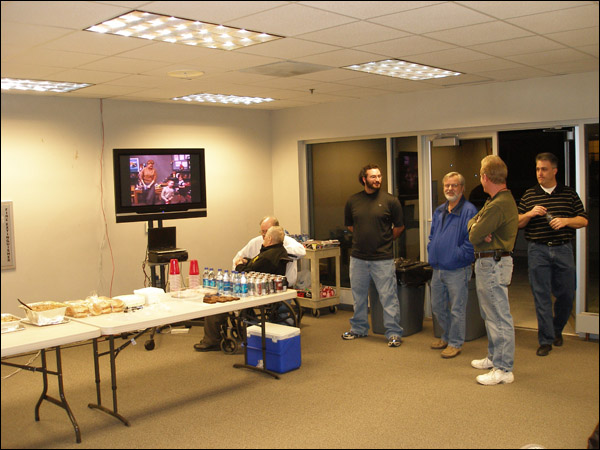 The line begins to form as the barbecue is readied to serve. 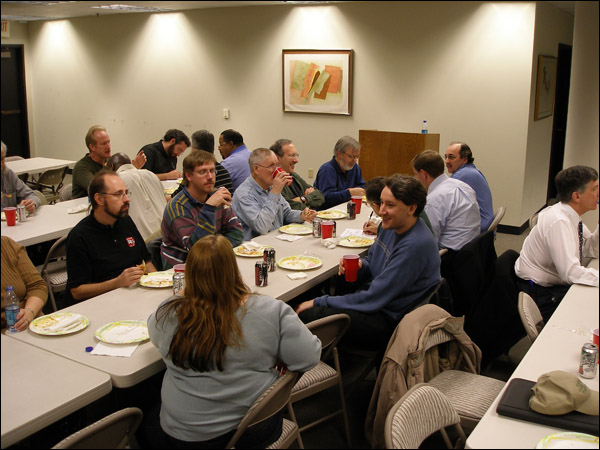 Walt Bodine (at the mic) was the guest of honor for the meeting. 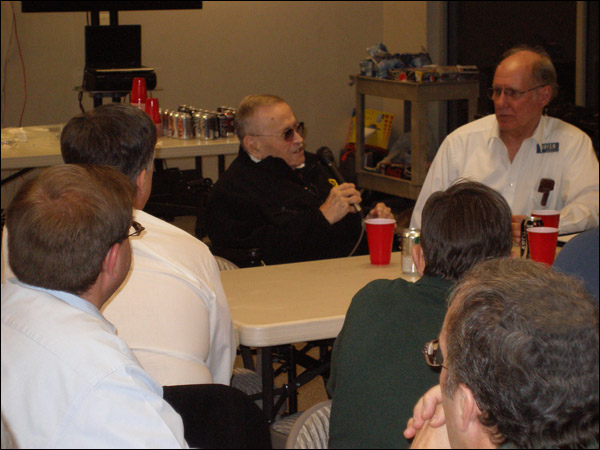 Bodine worked for WDAF-TV, WDAF-AM and several other stations during his 50+ year career in broadcasting. 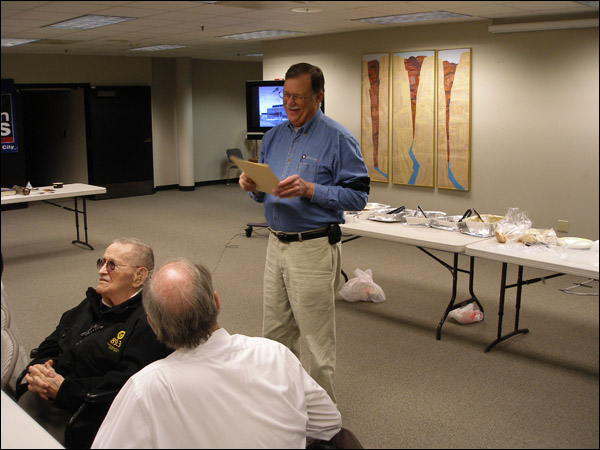 John Long, who has worked for nearly every TV station in Kansas City, shared some of his TV memories. 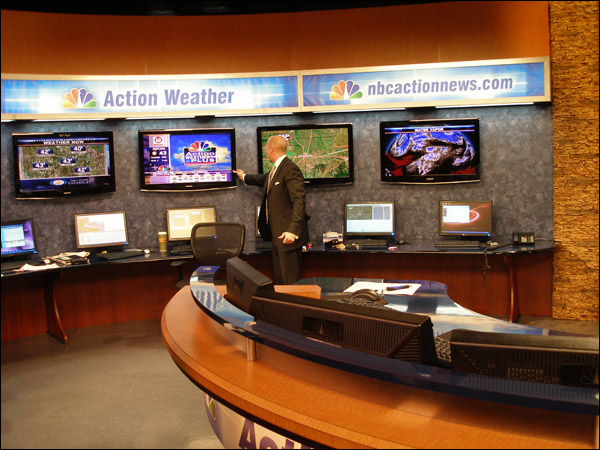 After the meeting, the group was treated to a facility tour. Gary Lezak was in the weather center preparing for the 10 o’clock news.